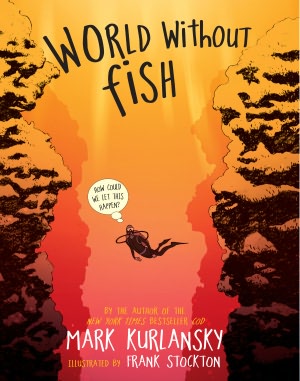 About three months ago my girlfriend and I were shopping for books for the little man when we stumbled upon a book called "World Without Fish" by Mark Kurlanksy. A post on ocean acidification from the new Conservation Law Foundation blog has brought to my attention that the first documentary on the subject, A Sea Change: Imagine a World without Fish, is coming out. Imagine the global consequences. This Monday April 17, Mark Kurlansky, the acclaimed author of Salt and Cod, will be speaking at the New England Aquarium about his new book, A World Without Fish. I believe that first impressions are the greatest impressions. The world's largest species of sharks, whale sharks, maybe you think it can only be seen in the waters off the Raja Ampat, the Philippines, or Mexico. 3 Easy Ways to Show Your Kids the World (Without Leaving Your Hometown). NCMC has just released a two part video series that highlights this predator and prey relationship. A Virginia man claims to have recently set the world record for catching a "Frankenfish", which is a species of land-walking fish with no known predators. On Saturday, June 8 and Sunday, June 9, residents and non-residents alike can fish without a license as part of Michigan's Summer Free Fishing Weekend. Increasing numbers of studies looking from the skies to the ocean depths have documented our impact The stocks of large predatory fish such as tuna swordfish and cod are less 10% of their levels before industrial fishing. The Garden will be screening A Sea Change: Imagine a World Without Fish on Saturday, January 22 at 2 p.m. Watch The End of the Line: The World Without Fish Documentary Online Free. June 13, 2013 by Erin Gifford Leave a Comment. In their efforts to Bring Back the Big Fish, they have evolved their programs to include protecting the prey base. Feel good when you eat your dinner! Mark Kurlansky, famed food writer and oceans expert, wrote World Without Fish for (and with) his 10 year-old daughter, Talia. World Without Fish is a well-written book about why it's important to choose fish that are sustainable. Admission is free to all Garden visitors. To be followed by a moderated discussion with the director and narrator.